For the Bodybuilder looking to burn fat, T-3 PCT is a far safer alternative to using exogenous T3 (Cytomel).

Cytomel is a synthetic thyroid agent that is usually a prescribed version of thyroid hormone; that being T3 the biological form of the thyroid hormone. Cytomel increases the way the body responds to many processes like the release of adrenaline. Even though it is synthetic, Cytomel is identical to the naturally occurring hormone liothyronine (also known as triiodothyronine/ T3). It is approved to treat an underactive thyroid gland which is medically defined as hypothyroidism and goiters.

The thyroid gland makes two distinct thyroid hormones: (T4) and  (T3). Even though T3 is much more active than T4, the thyroid will produce more T4 than T3. The body can convert the T4 hormone into T3 when necessary. If your thyroid does not make enough thyroid hormones, there are a few different options to increase your levels, one being to combine synthetic T3 and T4 hormones. Some people may not convert T4 into T3 properly, in which case a T3 product such as Cytomel would be implemented to help the individual correct their thyroid hormone level ratio.

How does Cytomel work within the body?

The area of the brain called the hypothalamus creates thyrotropin-releasing hormone, or TRH. This signaling within the HPTA occurs when levels of thyroid hormone in the blood become noticeably low. This reaction stimulates the production of thyroid-stimulating hormone (TSH), from the pituitary gland which located right below the brain and is also responsible for the creation of sex hormones such as testosterone. This process, in turn, will stimulate the thyroid gland to produce and release thyroid hormones.

Why self-medicating with Cytomel is dangerous and how you can recover from using it.

Unless one plans to stay on this treatment for life, I highly recommend that they regulate and jump-start their endogenous thyroid hormone production after using cytomel for bodybuilding purposes. N2bm has developed a supplement that boosts natural thyroid hormones without the fear of overstimulating one's thyroid hormone output. N2bm's T-3 PCT was made to get one's adrenals back in place as well while controlling cortisol levels.

Vitamin B-12 is an essential vitamin that is required for the development of red blood cells. It is also used to make the protective coating surrounding nerves. There is a link between vitamin B-12 deficiency and hypothyroidism. Over 40% of autoimmune thyroid patients have low levels of Vitamin B-12. About 25 percent of people with thyroid issues will make antibodies that attack their thyroid also make antibodies that attack the parietal glands, and this can cause B-12 levels to drop significantly. Fatigue is a common symptom that both B-12 deficient and thyroid deficient patients experience. When researchers wanted to know why there was a link between thyroid hormones and B-12 if most people in the U.S. have a high protein diet. Research showed that it's the human's lack of ability to digest the B-12 due to the negative effect that hypothyroidism has on the digestive tract, also realize that B-12 is a methylator and it has many functions in the body; one being that it regulates hormone production.

Iodine is literally needed to produce thyroid hormones. It's the major mineral involved in thyroid development. Iodine goes through a process called oxidation and is included in transitional hormones called MIT aka Monoiodotyrosine. Experts on iodine and thyroid production state that iodine deficiency is much more dangerous than excess iodine which can lead to toxic levels of thyroid. Children with iodine deficiency and its resulting hypothyroidism can suffer from stunted growth, with mental retardation and problems in movement capabilities, speech or hearing.

Zinc deficiency was associated with decreased concentrations of T3 and free thyroxine in serum by approximately 30 percent when compared with zinc-adequate controls in studies.  Zinc may play a role in thyroid hormone metabolism in patients with low T3 and may contribute to conversion of T4 to T3 in humans.  Science yet can explain the exact reason behind the correlation of adequate zinc and thyroid production but there are NUMEROUS studies showing how important zinc is in the maintenance of thyroid hormone production.

One thing is for sure; zinc is CRUCIAL for hormone production in general. Another reason that zinc is a must for proper thyroid function is that it prevents estradiol from forming via testosterone aromatization . Estradiol is known to speed up thyroid issues. This explains why about 90 percent of people who suffer from thyroid deficiency are female.

Selenium is a factor of the enzyme that helps convert T4 to T3 peripherally, so deficiencies of selenium can impair thyroid function and eventually cause hypothyroidism. It is also the most abundant mineral in thyroid glands. According to the New England Journal, "selenium deficiency can result in thyroid injury and decreased peripheral T3 production.  Selenoenzymes are very vital to many thyroid passageways and also protects against oxidation of hydrogen peroxide which translates to a more stable thyroid gland.

Copper is what I like to call the mediator that makes sure that Zinc is not overabundant causing excessive thyroid production by having a blunting effect on thyroxin. For some reason though, if one is deficient in copper it can induce low thyroid output.

Lack of Manganese can reduce thyroid activity if deficient. Manganese is one of the minerals required for T4 production. Manganese deficiency or lack of bioavailability is a very common condition. Adrenal fatigue causes manganese to become unavailable as the binding protein known as transmanganin; is not produced in sufficient quantity.

Manganese is one of the minerals that are responsible for stimulating the parasympathetic nervous system which is needed in the process of producing thyroid hormones. When supplementing manganese, it must be taken with copper so that one nor the other mineral overrides each other as there must be a balance, too low manganese will lead to hypothyroidism. Just as with copper more is less which is why T-3 PCT contains only a specific amount per dose to help with thyroid function.

Molybdenum also acts very similar to copper in its role in regulating thyroid production along hormone production within the hypothalamus.

L-Tyrosine is a non-essential amino acid that helps with the production of thyroid and thyroxin. Even though it first acts as a precursor to dopamine, norepinephrine, and epinephrine, it still acts as a messenger to create hormones including thyroid hormones.

Ashwagandha is an adaptogen that contains a certain extract that increases glucose-6-phosphatase within the liver. When this occurs, the body is able to produce more thyroid hormones. There is documentation that shows how ashwagandha increases thyroid hormone production especially T4, and it also has a high conversion from T4 to T3.

It also aids in adrenal fatigue, which is one of the symptoms associated with thyroid deficiency. It is also a great aid for preventing anxiety which also associated with thyroid deficiency. Due to its potency, not much of ashwagandha is needed to give results which is why we only implemented the perfect amount, too much of this herb can actually cause hyperthyroidism due to its effectiveness on boosting thyroid hormone production.

Schizandra is also part of the formula for its ability to help with chronic fatigue. Coming off of Cytomel can be a real miserable time for some due to the lack of energy. This herb will give one that uplifting mood that gets one going as soon as it's digested. It provides clean energy, while cleaning the liver, which also in return helps the body produce more hormones including thyroid hormones. It also helps the body control stress and cortisol, which in return will promote better thyroid function.

Bladderwrack is a form of seaweed which is usually used as a source of iodine. For many years medicine practitioners prescribed bladderwrack for iodine deficiency in patients suffering from hypothyroidism and goiter.

Bladderwrack also contains anti-fatigue properties which makes it even easier for someone to cope with the down mood of thyroid deficiency. Schizandra and bladderwrack make quite the combo for relieving fatigue in those coming off a cytomel cycle. Bladderwrack has also been documented to possess anti-estrogenic properties which translates to healthier thyroid function.

Cayenne Pepper was implemented in this formula for a couple of reasons. The first being that coming off of Cytomel cycle one's metabolism will clearly be suffering. Studies show that cayenne pepper increased the patient's metabolism by over 20 percent.

There is also some literature that suggests cayenne has the ability to help combat fatigue through its anti-inflammatory effects. This translates to more energy and less stress. Cayenne contains a high amount of iron which is also vital to proper thyroid function; iron deficiency has been linked to thyroid deficiency.

Cayenne aka piperine is also ideal for absorption of nutrients or supplement ingredients which is another outstanding reason to include it in this formula.

T-3 PCT was formulated to revive proper thyroid function/thyroid hormone production and help battle chronic fatigue. We did our homework to come out with the most potent thyroid hormone revitalizer to the market. 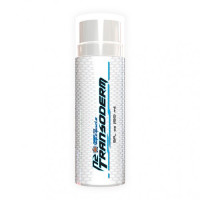 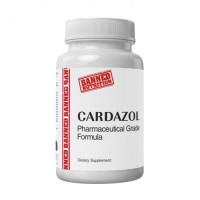 Fat loss and endurance are the two main effects users of Cardazol are looking for.Cardazol is design.. 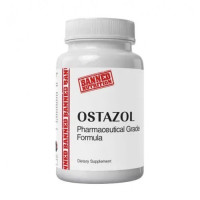 Ostazol (M1-MK) is for those athletes looking for a boost in Test production while healing joints an..